The cool thing about being Indie (and running this whole dang show), is that I make all of the decisions. There's freedom in that. I can gauge what's working, what isn't, and experiment to my heart's content.

That said, the Guardian Books are getting a facelift. It's not the first one, and it probably won't be the last one (forever's a long time, you know). 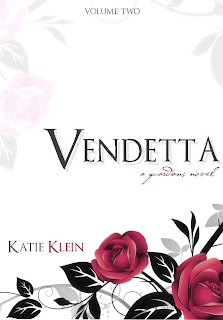 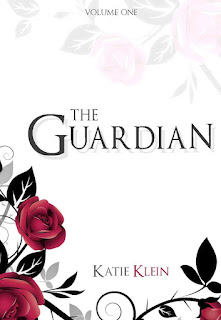 What do you think? Yes? No? Maybe so?

Because freedom is good, but feedback is better. :D
Posted by Katie Klein at 9:00 AM

The Gatekeepers are Leaving Their Gates


The Rules are Changing.

I didn't say it. Neil Gaiman did. If you haven't seen it already, I hope you'll carve 20 or so minutes out of your day to watch this. Insanely brilliant advice for anyone working in a creative field—writer, artist, dancer, filmmaker—or anyone in need of a touch of inspiration.

Neil Gaiman Commencement Speech University of the Arts Class of 2012

Also, make sure you stop by the Indelibles blog to participate in the Beach Bash/blog hop! The winner receives a free Kindle/Nook! 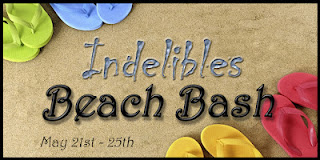 I'm posting a few links for your Friday.

In my April Sales Post earlier this week, I mentioned that Amazon changed their algorithms. And then they changed them again. Here's a post from Phoenix Sullivan on how those changes will affect your "Free" status if you're part of KDP Select.

Also, I'm not one to shout Konrath-like of the "end of the traditional publishing age as we know it," but I love Love LOVE this post from Kristin Lamb.

I especially love the analogies: Tower Records, Kodak--both companies on top of their game that refused to adapt and then . . . well . . . Died. I'm throwing in my own analogy: As much as I love Blockbuster video, I love downloading movies on iTunes even more. It's fast, easy, and convenient, and fast, easy, and convenient prevails in our society.

"Some of the best books are coming out of this movement. Additionally, some of NY’s best talent has defected (Bob Mayer, Joe Konrath, and Barry Eisler to name a few) and more are bound to follow. Authors are getting tired of the depressing odds of success in the traditional paradigm. . . ."

No names, but I'll tell you that I know several traditional authors who aren't happy with the treatment they're getting from their publishers, and more and more are seriously considering going indie. And the Indelibles? I can't name a single member who regrets this path. I certainly don't.

And finally, this article talks more about the new Barnes and Noble/Microsoft partnership.

Happy Mother's Day to the Moms!
Happy Writing/Editing/Bookselling to the Writers!

And to everyone else: Have a great weekend! :D

I've been number crunching all morning. I swear, the Humanities major in me freaks out when I see numbers (they do not compute), but I am just enough of a nerd to want to know how these things work. Thank God for calculators.

The Grand Total for April?

Sales were fairly steady through April, and comparable to March. They trickled upward (slightly) on iTunes from last month. The difference? I went in mid-month and changed my category from Kids/Juvenile books to Adult (there is no "Teen" section). Rumor was that more teens check the adult books section (though I know authors who are doing equally well in both categories), so I thought it might be worth the risk to see if there was any change in sales based on categories.

Otherwise, the big news lately is The Great Amazon Algorithms Switch. (Yes. ANOTHER ONE.) I'm linking a few posts, but the gist of the matter is that mid-March through April, there were three separate "lists." One list was weighted heavily toward more recent sales, another list weighted sales within the last 30 days, and another list didn't count or weight free books "sold" at all.

Thank you, Ed Robertson for spelling this out for us!

Right now, it appears free ebooks aren't going to factor in as heavily as they have in the past. So . . . people who opt for KDP Select, set their book to free, and then ride the "boost" in sales the three days following. . . . Um, yeah. It's not looking so great right now. (Only time will tell, of course.)

At any rate, people are already reporting a decrease in sales/ranking, and I had a pretty volatile sales weekend, so we'll see how this plays out. In the meantime, there's discussion/lamenting on this thread at the Kindleboards. Obviously, no one knows for sure how the algorithms work, a lot of people speculate, and they fluctuate so much it's almost impossible to keep up with them. . . .

Even so, the landscape for Indies is MUCH different this year than it was last year. I have nothing against progress or improvements; I just hope Amazon keeps indie writers in mind when considering their bottom line, because when we're successful, they're successful.

It's also a solid reminder not to cram every egg into a single basket. Make sure you're diversifying and promoting your work across all platforms.

Finally (And Always)--THANK YOU for the tweets, reviews, comments, purchases, etc. I'll stick around as long as you guys are interested, and even when I'm "quiet" (i.e. hiding out in the writing/editing cave) please know that I Do NOT take your support for granted. Ever.  :D

I owe you a numbers post. I actually owe you lots of posts. Thanks *so* much for checking in with me. Posts are so sporadic lately--every free second is spent on The Book That Will Not Be Edited. Also known as The Guardians #3. Not that it won't be edited--it will. That's what I'm working on. It's just taking For. Ev. Er.

If you've read The Guardian and Vendetta and enjoyed them, I would love Love LOVE to see some new Amazon/Barnes and Noble reviews. I know I'm getting a lot of blog hits about that third book, and I *promise* it's coming soon. In the meantime, any way you can help spread the word is always appreciated. :)

Finally, I watched this Ted Talk a few weeks ago. It centers around movies (and telling stories), but there are some good lessons for writers of books, too. (Am PG-13ing this talk for some language.)