I already posted these via twitter, but, if you missed them, here are the COLLATERAL DAMAGE buy links.

I'm still working with Apple/iTunes. The process over there is a little more complicated. So stay tuned, iTunes fans!

Also, though I try to stay away from reviews (Amazon/Goodreads), so far the ones I've peeked at have been favorable--so I'm *really* thankful for that.

Otherwise, I'm about to be thrown headfirst into summer vacation, a move, weekend workdays, a third trimester, and (hopefully) a shiny new story.

As always, I'm grateful for YOU, readers/fans. I couldn't do this without you. :)

Oh my gosh, you guys. It's the official "book that did not want to release." I blame the day job. I blame morning sickness and pregnancy. This whole editing/release process was SLOW GOING. It really should *not* have taken this long.

So I'm sending you my sincere apologies, and this:

There are two sides to every story.

You heard what Jaden had to say. Now see her through Parker's eyes. 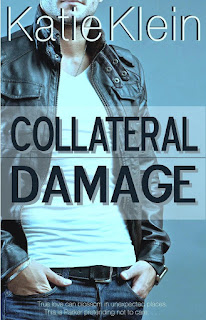 True love can blossom in unexpected places. This is Parker pretending not to care. . . .

Parker Whalen and Jaden McEntyre are a wrong fit from the start. Jaden is driven and focused, Harvard Med School within reach. Parker has a past—a reputation—and the rumors about his mysterious habits abound. So there’s no reason why, when they're assigned to work together on a project in English, they should discover they have anything in common, or even like each other, and they definitely shouldn't be falling in love.

What they have? It isn't real. Because the truth is, Parker Whalen is a liar. This has never mattered…until now. Because lying to someone you care about—someone who matters, someone who believes in you—that's when people get hurt. And Parker is about to hurt Jaden in the biggest way imaginable.

**I do want to note that this is NOT a sequel to CROSS MY HEART--this is a companion novel. It's the same story told from Parker's point of view, with added/extended scenes.  My hope is that fans of Parker and Jaden will appreciate the "extra insight" (i.e. what Parker was feeling as he fell for Jaden). I also want to say that if you haven't read CMH yet, it's probably best to start with Jaden's side of things.**

I'll be making blog and website tweaks all week, and preparing the files for uploading on Amazon, Apple, Kobo, and Barnes and Noble. I will return with links once the book is officially available for purchase--which will be sooner rather than later.

The Official Playlist: Don't Let the Sun Go Down on Me

Okay, so this is the final playlist song I'm posting for the new release. It's coming *REAL* soon, y'all--As in: I'm making final formatting tweaks.

This particular song is a pretty big hint. . . .


"Don't Let the Sun Go Down on Me" (George Michael feat. Elton John)

I am *so* sorry for missing Indie Life this week! I'm just now wrapping up my work week--at 9:30pm on a Friday night--so that's how things have been for me the past five days. It's nuts. I plan to sleep through my entire maternity leave at the end of the year. (Ha. Wishful thinking. I know.)

At any rate, I felt guilty for not continuing my playlist posts this week, so. . . . Here's another!


Florence and the Machine: "Never Let Me Go."