A Mismatch of Expectations

The following gem of an idea recently arrived in my inbox. I tried to think of a way to paraphrase, but it's so much better in Seth Godin's own words, and, if you're a creator of anything, I feel like you'll find this idea of a "mismatch of expectations" helpful:

"If you look at many 1 star reviews (of books, of music, of restaurants) this is precisely what you’re going to see. A mismatch of expectations. A mismatch that is blamed, completely, on the person who created the work, not the critic.

You can either pander to the middle, putting everything in exactly the category they hoped for and challenging no expectations… Or you can do the incredibly hard work of transgressing genres, challenging expectations and seeking out the few people who want to experience something that matters, instead of something that’s merely safe."

So be your brilliant self. Don't pander to the middle. Your audience is out there--the ones whose expectations you'll meet (and exceed) every time--and these are the ones who matter.

The Said and the Unsaid

What's "unsaid" includes what's beneath the spoken and observable--the thoughts and expressions that the character is holding back, or choosing not to say and do.

In a well-developed character, what's said will contradict or conflict with what he's holding back (for whatever reason), and if a scene isn't working, it may be because what's going on beneath the "said" isn't compelling enough.

In a story, the outer world is everything translated to the page that happens in a character's physical world. The people he meets, the words that she says, the actions he takes--these are all manifested outside the character.

But there is an entire inner world that should also be addressed, and this is what's referred to as the subtext.

A character can't express everything in the outer world, after all; there are thoughts and feelings that are important she keep to herself for one reason or another.

Of course, the outer world matters because the conflicts here keep the reader's pages turning, but this doesn't mean they aren't also interested in what's going on beneath the surface or inside the character's head.

We don't always mean what we say or say what we are really thinking, and our characters shouldn't, either.

This makes the subtext--what's happening beneath the surface--an important part of our story and a great way to express conflict and add depth to our characters.

What happens when you’re trapped between a new love

and an ex-boyfriend who refuses to let you go? 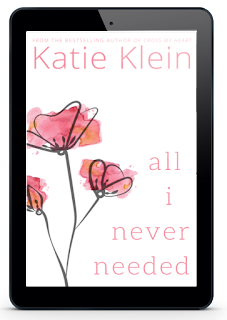 As a reader works her way through a story, there are three things in particular she wants to know:
1. What is happening in this moment?
2. What is going to happen next?
3. How is this going to turn out?
As a writer, if you know the answer to these questions at any given point in your draft, and the answers are something that will intrigue the reader, then you're moving in the right direction.
Be Brilliant!
~Katie~
Posted by Katie Klein at 7:00 AM

“Do your work with all your heart and you will succeed.”

What a lovely thought, right? That if we do what we love then success will inevitably follow? I’m not sure it’s fair to promise this, though. Success is never guaranteed. We hope that, of course, if we consistently show up and do the hard work we’ll be rewarded in some way, but no one promises fame, fortune, or “success” just because we’ve worked hard at something.

Or maybe I’m looking at this from a very Westernized idea of what “success” is. Maybe it’s time to redefine “success.” Because sitting down to write a book and reaching “the end”—that, in itself, is a success. Completing the painting, learning the instrument, preparing the new dish—these are their own little successes.

Do the work with all your heart, and you will succeed . . . by having done the work?

Not quite as pithy, but sometimes it has to be enough to just “do the work with all your heart.” Full stop.

Not a newsletter subscriber (yet)? The link is in the sidebar. -->

An easy way to complicate a character is to give her conflicting values.

How do we accomplish this?

If your character prides herself on her honesty, put her in a situation where she is forced to lie for the greater good (or even self-preservation).

If she's something of a slacker, give her an interest or hobby that she is passionate about. For instance, maybe she couldn't care less that she's failing biology, but she's desperate to get the hem just right on the homecoming dress she designed.

Or perhaps she's clever--she always has the answers. Put her in a situation where her intelligence or quick-wittedness won't help her at all (and may even hinder her).

1. Brainstorm a list of key values or traits your character possesses, and then, beside each, write its opposite. For example:

2. Think of a way you can weave the opposing value into your story. (Bonus points if you can pinpoint which characters bring out the best and worst in her.)

In Cross My Heart, Jaden, for instance, would be classified as tolerant and compassionate, but Parker seems to bring out the worst in her, leaving her narrow-minded and arrogant during their first encounters.

So . . . if your characters seem flat and uninteresting, highlighting places where they act in opposition to their core values will quickly add some depth to your story. 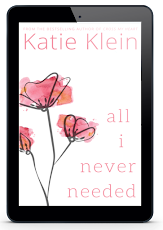 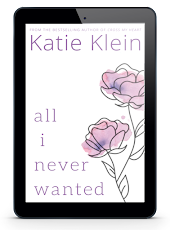 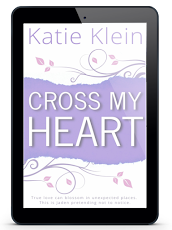 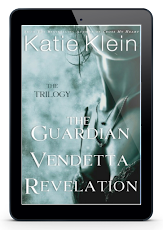 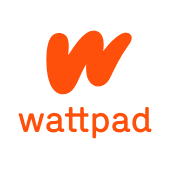