Novels narrated in the first person are super fascinating to read because they make for a very immersive experience since we are, in effect, inside the storyteller's head.

Writing a first-person narrator, however, can be tricky, since two different narrators witnessing the exact same event would give us two (sometimes very) different stories.

As a result, it's a limited and nuanced perspective (some might even say it's "self-centered").

With first-person narrators, opinions/viewpoints affect everything. Everything the character tells us has some kind of meaning (otherwise, why would they say or think it?). The details included are the ones the narrator feels are most important, and this adds a new depth to the story being told (especially if the reader is unsure if the narrator is trustworthy).

What kind of information is being presented? How is it being presented? What is the character leaving out and why? How do the other characters feel about this? The first person narrator, after all, can't tell us what others are thinking and feeling. They can infer, but there's never any certainty.

Think about the story you want to tell, then imagine putting on a pair of glasses with blue-tinted lenses (representing your narrator's point of view). Once the glasses are on, everything you see will be affected in some way. The sky would still be blue, but a deeper shade. The trees that had green leaves would now have a prussian tone. Sand might be powder blue. It's still the sky and trees and sand, but the lens affects how it appears according to the narrator's thoughts, feelings, and opinions. 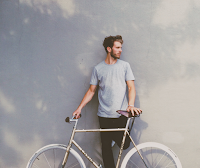 Your Story According to Gary (or Rose or Emma) 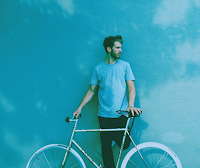 If you're going to tackle the first person narrator, remember to put on those color-tinted glasses. It isn't about how you feel or your reactions, but how your narrator feels and reacts.

(It goes without saying that this requires knowing a lot about who your narrator is before you ever begin writing.)