I obviously haven't been published long enough to make any serious sales analyses, but one thing I have noticed is that each month I outsell the last. On February 1, I posted my goal for the month. I wanted to sell 50 copies of The Guardian for Nook and Kindle.

If you would have asked me the first ten days of February, I would have told you that was a huge mistake. The way sales were trickling in, I figured there's no way that would ever happen. I saw a surge after February 14, though, and that's when most of those sales blew in. I've sold eight copies in the last two days alone, which is exciting to say the least.

I am also pleased to announce that as of 3:00pm Eastern on February 23, I have met my goal, and am sitting at 50 copies this month.

Something else I've noticed: my Nook sales are up. Typically, I outsell Nook with Kindle. As of this moment, sales are dead even for both platforms.

I mentioned in a previous post that I am polishing something new for Kindle.

I've worked on this novel for two years, and every agent I sent it to said the same things: "it's good; I like the voice, but it won't stand out in the marketplace." Well, I'm going to let the market decide. I love this story, and these characters, and I've put too much work into this manuscript to let it sit on my hard drive withering away.

This story is different from The Guardian. It's a YA contemporary romance (which is my first love). Don't get me wrong: I love paranormal romances, but when it comes to writing I'm partial to modern teen characters dealing with real issues.

I'm not releasing the title yet, but I do want to share the image I'm using for the cover. This photo was taken by Gemma Hart over at Deviant Art. You can check out her portfolio here.

I could spend hours on that website looking at the photos and illustrations. I love creative, talented people. So thank you, Gemma, for letting me use your work!

And for the rest of you, I leave you with this: 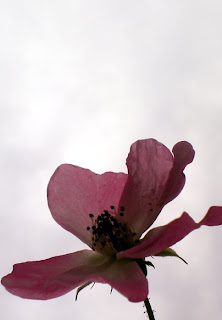 My First Review as an Indie

On the whole, I think writers are probably the most lovingly neurotic people I know. It's so easy to second guess yourself in this industry. It doesn't matter if you're a NYT Bestseller with dozens of novels under your belt, or a newbie, just putting your "baby" out into the world.

We stress about the decisions we made, wonder if something about the plot should have been adjusted, or if the right words were used to convey the appropriate feeling; if we should have added a character/deleted a character/told the story from another character's point of view. . . . It's easy to go crazy if we let ourselves.
The Guardian has been out for a full two months now. I caught a glimpse of what pre and post-Christmas sales could look like. At the start of February, though, I could tell things were slowing down. That's when the doubts crept in. I should have changed "this." I shouldn't have written "that." People are going to hate me. I will never make it in this industry.
And just when I think I made the worst decision ever by going indie . . .
My first review comes in.
So thank you, Vivian Marie, for assuaging my fears and the great review. It has quite literally made my day.
If you want to read the entire text, go here.
My favorite line: "Genesis continues putting her life at risk by willingly helping the Guardians, resulting in the explosive (literally) finale that will definitely leave you wanting more."
And now I will sit back and pray that reviews as great as this one continue to trickle in.
(See what I mean? There's always something to stress about.) :)
KK
Posted by Katie Klein at 1:37 PM

There's some commenting going on at the Kindle Boards about this, but the reason we know that indies have been overlooked is because of Amanda Hocking, who has sold over 500,000 copies of her ebooks. She provided another number in the Kindle Forum that further proves she should be represented somewhere on the list this week, but I don't want to disclose this since the number isn't available on her blog.

As of this writing, Amanda claims two of the top 10 spots on the Amazon Kindle Bestseller list. On the Amazon Romance list, she holds four of the top 10 spots, including numbers one and two. On the children's/YA list, she claims the top three spots, and spots seven to 10. The only other books on the list are the Hunger Games novels at spots 4-6. I think it's safe to say the girl is selling some ebooks.

Rounding out the top 20 YA list, we see some other indie authors represented: Karen McQuestion, Tess Oliver, and Heather C. Hudack.

This is great news for indies: the books are priced right and reaching readers. I look forward to the day, though, when indies are "accepted" by the mainstream publishing world. At any rate, it appears the NYT Bestseller EBooks List is skewed. Do with that information what you will.

Can a YA Writer "Make It" as an Indie?

THAT is the question of the hour. Day. Week. Year.

But first, some background information. Katie Klein isn't my real name. It's a pen name I've adopted for this little experiment I've decided to undertake, thanks to the success of individuals like J. A. Konrath and Amanda Hocking, and numerous new friends I've made over at the Kindle Boards.

I was/am a midlist YA author, a contemporary realistic writer in a land dominated by vampires and werewolves and fairies. I think it's spelled faeries, now, though. But I digress.

At any rate, according to the rest of the world--the publishing world, that is, whose opinion is the only one that seems to matter--my work doesn't "stand out" in such a competitive market.

So, what's a writer with at least a dozen manuscripts sitting on her hard drive to do?

I'm taking a leap of faith and letting the readers find me. I still don't know where I fall on the indie spectrum. I'm newly published, and still suffering the effects of the "spell" the Big 6 have cast: I will never make it as a self-published author and I will ruin any chances I ever had of seeing another one of my books in print . . . which is the only real way to be an author.

I'm running on fumes at times, high on the sales I'm getting, which have to sustain me through the lulls, since I'm just starting out. But, if everything I'm hearing is true, the readers will find me.

I plan to be completely open and honest about indie publishing on this blog. Since I do have a real-life author persona, I'm not sure how much this blog will be updated. Every few days? At least once a week. But I will discuss my progress, my plans, my fears, and at the end of this, I'm hoping to be one of the preachers: Yes, indie publishing is the wave of the future; it's the only way to go.

I published my first Kindle novel, THE GUARDIAN, in December. This was one of those manuscripts I'd filed away because the "market was too saturated with angel stories."

The first month it was available, THE GUARDIAN sold 19 copies between Kindle and Nook. Not bad, since I'm an unknown.

January numbers are posted as of today, and unless there are any stragglers from PubIt (Barnes and Noble), I'm sitting at 33 sales for the month.

I've set a goal to sell 50 copies in the month of February, so we'll see how that goes. In the meantime, I'm toying with the idea of loading one of my contemporary realistic novels. The reason I started with THE GUARDIAN is because paranormal romance is hot right now. I'm curious to see how well a realistic YA will do. I'm thinking March 1st, if I decide to go that route . . . but I'll keep you posted. :)